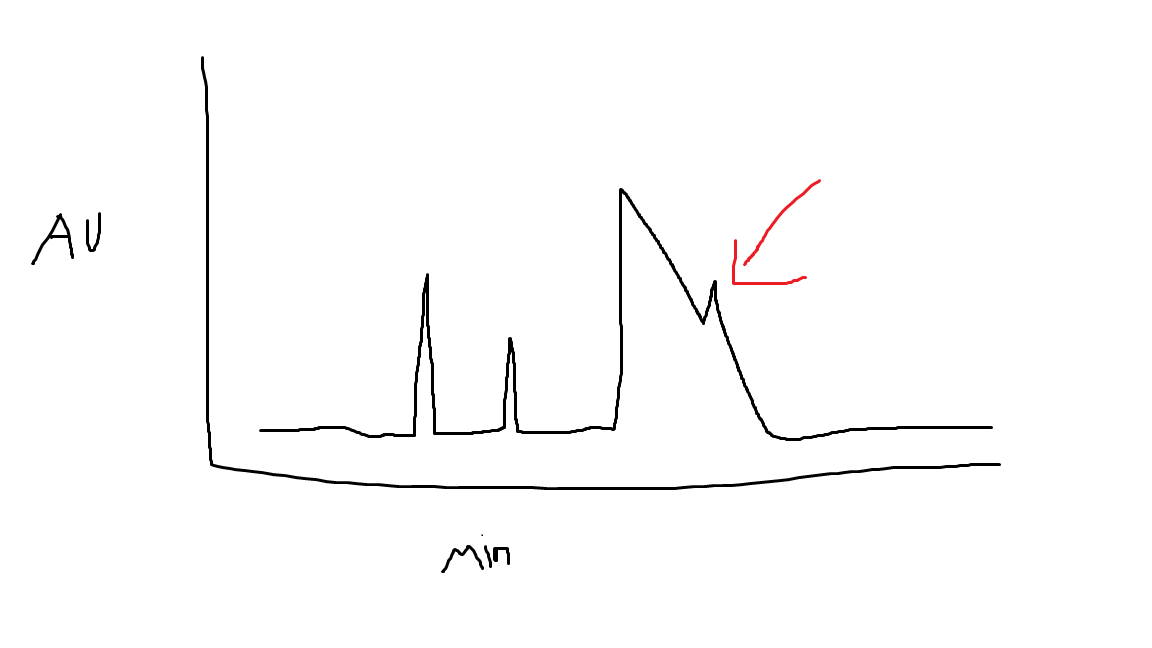 Ahh yep, the good ‘ol HPLC band broadening problem – when your results aren’t as accurate as you’d like them to be and you potentially have to figure out how to make your peaks look sharper.

That’s why in this guide we are going to go over HPLC band broadening and how to minimize these peaks.

What is Brand Broadening?

Band broadening is when your graph peaks on your chromatogram flatten out.

So instead of looking like those nice, crispy separated peaks, they flatten out and they start to bleed into other peaks. 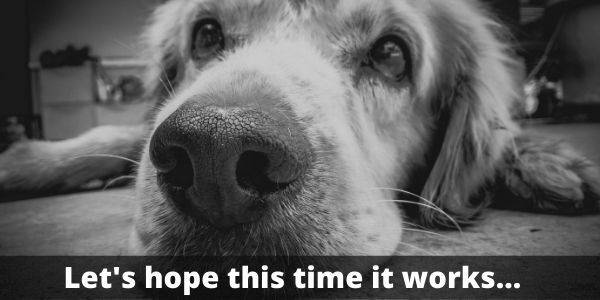 This is reflected in the analyte (the chemical component you’re analyzing) in your HPLC column.

So why is this a problem?

This is a problem because it means that the sample amount will not be accurate. When your results aren’t accurate, this will mess up all your calculations and results because you don’t have the right data.

This is an immense problem because, with chromatography, the general goal is to separate your components and analyze them. If the graph shows it’s not separating properly, then it’s going to be a problem.

Not only will you not be able to quantify your results properly, but there might be a mixing of your analytes, causing your data to be inaccurate.

In 1956, Van Deemter created a formula for the major effects of band broadening below:

Where this is what each part of the equation stands for:

Eddy Diffusion, or multipath, is one factor that affects HPLC Band Broadening. This is because depending on how your analytes go through the column, this can affect when they arrive at the end, broadening the peak.

Think of it like racing across a school courtyard with trees and gardens in the way. If all the kids run through different obstacles in different directions with the same goal line at the end, then different kids will arrive at different times.

It’s the same situation with the analytes in your HPLC column. Depending on the path your analytes take, it can take shorter or longer for the same analyte to reach the end of the HPLC column.

Also, in theory, A can be 0, but in reality, you will probably have to deal with it to some extent (since the real world isn’t like a textbook.)

The next part of the equation we have to be aware of is longitudinal diffusion. This occurs in nature, but over time, the particles start to slowly drift apart and fill up the column.

If we look at the equation (B/u) we notice that if the flow rate is incredibly slow, that will make the number smaller in the denominator making that part of the equation huge. The reason for this is that when we give the particles more time in the column, it spreads apart where the same analyte will arrive at different times, making the peaks broaden.

If the flow rate is incredibly fast, then the particles are more likely to stay together in one place since there isn’t much time spent in the column and the peaks will be sharper.

It should be noted – you wouldn’t want to just increase the flow rate and blast it because that can cause pressure issues for your HPLC which can cause an entire set of other issues.

The next part of the equation we have to consider is the mass transfer. As we can see in the equation with C*u, we notice that as the flow rate is faster, C becomes bigger (making the peaks broaden more).

While if the slow rate is slower, then there’s more of a chance that the number will be smaller.

The reason this happens depends on how your analytes react with your guard column. You will want to have a good surface area in your column because it creates more opportunities for more separation and cleaner retention times. For example, if your particles or beads are porous, then chances are not every analyte will react in the same way.

Some particles will not have much reactivity and will go straight through the column with little resistance, while others may travel along the edges. The reason this may be a problem is that if you increase the flow rate, chances are the same analytes will arrive at different times, broadening the peaks. However, if we slow down the flow rate, it gives the analyte a better chance to stay together so that the analytes can roughly come out at the same time giving you that nice pointy peak.

How Do We Maximize Band Broadening?

Let’s talk about how we can minimize hand broadening for HPLC so that you can get better data.

The first thing you can help with multipath diffusion is to get well-packed columns that are sourced from a good company. You’d also like it with smaller stationary particles and uniform size and distribution to keep things consistent.

I hope you found this useful to learn more about HPLC band broadening and how to reduce it to help you get much more accurate data. If you have any questions, you can always contact us at info@filtrous.com.

We are Filtrous. More specifically, we’re here to reduce the barrier of the unknown for anyone interested in science – and that includes our buyers! That’s why we’re proud to a …
I’m sure in the lab when you are analyzing your result you probably have gotten something like this before… Ahh yep, the good ‘ol HPLC band broadening problem – when your results aren’ …
Sometimes… it can get confusing to know which syringe filter to use for your application. You have to make sure that you use the right syringe filter for your sam …
Today we are going to talk about setting up a plate for qPCR.For a 96 well plate the first thing you want to do is to make some master mix.Each vendor has a master mix formula you want to follow.This …
In this video, we are going to teach you how to clean your HPLC column.This is especially important to do if you want to add buffers or additives to your mobile phase. For instance, most people use a …
In this video we are going to learn how to properly set up and use a balance when you’re in the lab.Before you start using the balance, you want to make sure that it’s properly calibrated to ensure th …
Filtrous has just recently been officially certified for the ISO-9001:2015 this Thursday.ISO 9001 is defined as the international standard that specifies requirements for a quality management system ( …
With the pandemic around us, you want to make sure that you have the best protection so you don’t get covid.And one of the most important aspects of protecting yourself is making sure that you have th …